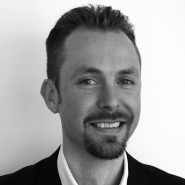 Kristjan is a specialist consultant with over 14 years’ experience dedicated to facade design and leads our facade team nationally. He has worked for international consulting firms in Australia, Singapore and the United Kingdom on high profile projects such as the 130 Lonsdale Street, Melbourne; Paddington Station Integrated Project, London; and Masdar City in Abu Dhabi. Masdar City was originally developed as a zero-carbon, zero-waste city with world leading levels of sustainability.

Kristjan also has in-house experience at a large multinational facade contractor where he has developed an understanding of facade contractor design, procurement, fabrication & assembly, delivery and installation. His specific area of interest is facade energy and carbon efficiency including the transfer of heat through facade components and the procurement of low embodied systems. He has undertaken research at Bath University as part of his master’s degree, examining the sustainable benefits of timber framed glazing systems.